Share a memory
Obituary & Services
Tribute Wall
Donations
Read more about the life story of James and share your memory.

Jimmy was locally sourcing his food years before chefs in California started the trend. For his signature chicken and dumplings, he sourced the finest flour from Norman, top-shelf chicken from Shawnee, and only the best local Jacktown black pepper shakers.

He had a life-long love affair with lemon pies and milk, and even though he was the best at making friends among people, he was unable to talk his two loves into being in his stomach simultaneously. Then again, that line might be just as true as half of the stories he told.

The women in his life were numerous, but he particularly fancied the beautiful ones, such as his adored mother Ruth, who, after Jimmy’s birth in Oklahoma City to her and Jerry Don in 1963, raised the family with the help of Jimmy’s father Jerry Whiteman and extended family from all over Oklahoma. With his own unique way of showing affection, he adored his siblings, and had an extra-special bond with his older brother Jerry Don, especially when Jerry Don agreed with his stories. He also took great pride in being able to entertain absolutely anyone, often in the most unusual ways imaginable.

He excelled at building new things out of old, finding new ways (and hats) to feel more important, and let’s not forget his talent for making (and raising) canes! His hobbies were collecting tires, trinkets, and friends, making food and gifts for others, and finding the most unique ways to entertain himself and others. He took extreme pride in his children, his talent for fixing – and breaking! – almost anything, and his ability to dance.

Jimmy took fashion cues from no one. His signature look was all his: his military chief/commander/coast guard hat, his trench coat, and a beautiful necklace that rivaled the Crown Jewels.

Jimmy loved to wander, only traveling in the finest quality AAA-rated hitchhiker rides. His favorite destination was the Blackhawk homeless camp, where he would use his last penny to feed the less fortunate. He despised his old Honda (which he also loved), know-nothings, know-it-alls, and above all, utility companies. In reverse order, of course.

Services are currently pending and will be announced as soon as details become finalized.

To send flowers to the family or plant a tree in memory of James Van Jennings, please visit our floral store. 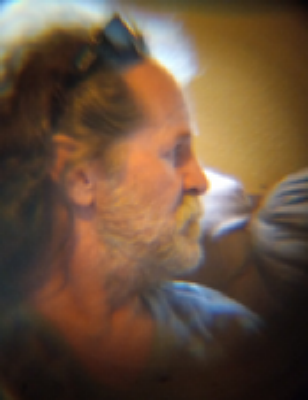