Read more about the life story of Dr. Dee and share your memory.

Ronal Dee Legako, M.D. (Dee) passed away peacefully in his Edmond home Sunday, November 20, 2022 at the age of 81. He was born, in Lincoln County Oklahoma in 1941, to parents Adrian H. Legako and Hellen Mosel Baber Legako. He is survived by his son and daughter-in-law, Kevin and Yuki Legako, and their three children, Gabrielle, Ansel, and Pax Legako. Dee was preceded in death by his wife of 50 years, Pat Legako.
He grew up on his parent’s farm outside Wellston, Oklahoma; a farm he cherished and managed until his death. Dee graduated Valedictorian from Wellston High School in 1959 and completed his undergraduate work at Oklahoma State University. He attended Medical School at the University Oklahoma and began his medical internship at Lackland US Air Force base in 1966. After completing his internship, Dee and Pat married in 1967 and moved to England to continue service in the US Air Force. Dee served in the USAF, including an assignment in Germany, until he returned to Oklahoma in 1971 and completed his residency at OU Health Sciences Center. He began his medical practice in Edmond Oklahoma in 1973. In 1978, Dee partnered with several of his residency classmates to establish the Canyon Park Medical clinic.
Dee strove to develop excellence in himself and others. Seeking to support and develop his professional community, he served on numerous boards and held many offices and teaching positions within the family practice and broader medical professional communities. Dee served as Chief of Staff at Edmond Hospital from 1977-1978 and served on that hospital’s board of trustees from 1978-1985. He was an active member and held numerous offices, including President, in the Oklahoma Academy of Family Physicians and in the American Academy of Family Physicians. He served as a Clinical Instructor for the Department of Family Practice of OU Health Sciences Center from 1973 until his death. He also supported his community through his work with the Edmond Youth Council from 1975-1985 where he held several offices including President. He was a member and affiliated with numerous additional medical professional organizations.
Dee continually served his community and his patients as a family practice doctor for more than 49 years. He didn’t want to retire. He managed to avoid it; he saw patients his last week in the clinic and was getting ready for a day of annual CME training when he died. He genuinely loved serving his patients.
Although, driven by a desire to help others primarily through his medical practice, Dee was most committed to his family, his friends, and his faith in Christ. Dee and Pat were integral leaders, teachers and founding members supporting the ministry of Christ through Church on the Rock Oklahoma City. As a son, husband, father, grandfather, and friend Dee was a bright light in this world. His combined strength of character, generosity, humor, kindness, love, and wisdom were unique gifts he freely gave to everyone who knew him.
A funeral service will be held at 1:00 p.m. Saturday, December 17, 2022 at the Church on the Rock in Oklahoma City  with interment following in the Wellston Cemetery. Arrangements are under the direction of Lehman Funeral Home of Wellston.

To send flowers to the family or plant a tree in memory of Dr. Dee Legako, please visit our floral store. 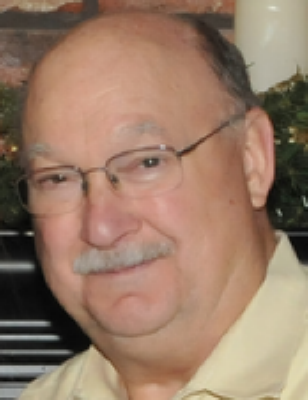