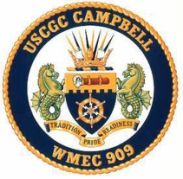 Rev. David Lee Bittner was born October 18, 1954, in Pueblo, Colorado to Jan Dunnington and Patricia Lee (Speakman) DesMarais.  He passed away  December 23, 2020, on his beloved 20th wedding anniversary, at his home in Edmond at the age of 66.  David would tell you this is his “Homegoing Date” and he would want his life celebrated.

David was predeceased by the following people very precious to him: grandparents: the Dunningtons & Speakmans of Pueblo who were like parents to him and encouraged him in early church life, his mother Patricia DesMarais, adoptive father Glenn Bittner, Stepfather Dar Parks, brother Thomas Kent Dunnington, sister Patty Payne and more recently his dear son Tommy Bittner

David lived multiple locations in Colorado growing up and then with parent signature, proudly joined the United States Coast Guard at 17 years old and served on the USCGC Campbell, off the coast of Camp May, New Jersey going out in hurricanes with the crew guarding that area of the Atlantic Coast.

In David’s early life he was troubled as many teens are and ended up in drugs, hard rock music, and struggling with life. The Coast Guard was a good discipline, although hard for him. He lived on the wild side for years.   But in the year 2000, David started going back to church as he did when he was a child. He was sorry he had gone the troubled road that hurt his children, family, himself, and others. Truly sorry and repentant. Not all could see or accept this change, but it was so very real.  When he accepted Jesus Christ as his Lord and became a new creation in Him. Instead of the hard rock he once loved, now his music of choice came to be Southern Gospel and Christian music.  In 2003 David & Joyce were ordained into the ministry by Water of Life Ministry, Pastor Joe Thomlison in Pueblo, Co. Moving to Oklahoma in 2004 their calling became Water of Life Ministry & Prison Outreach.  Many doors opened in six different prisons, working with Chaplains and DOC. David & Joyce became an evangelistic team inside the prisons, getting to know many who desired that same forever change in their lives. They attended Faith OKC in recent years under the leadership of Terry Bates, who inspired so many good sermons for David & they ministered every other month in Glorious Church of Cleo Springs, whose Pastor & Congregation became Christian family as well. This church supported & prayed for Water of Life Ministry since 2007.  Having come out of a difficult background, David’s mission was to help broken, hurting people. He wanted to see lives changed as he was thankful for the change that he received after accepting Jesus into his heart.

He became a passionate bold evangelist dedicated to the Lord and the results are many who love him with such a depth of appreciation for the real Truth. He had so many friends in the Lord, they cannot be named or numbered, but all know who they are.

From the words of one of his favorite songs, this is David’s Legacy:

“I want to be that man, Who loves the Lord with all his heart just like the Word commands, who takes a stand and leads his family as he holds the Father’s hand.  I want to be that man”.  That was always his greatest desire since the year 2000 and even down deep, as a child.

After David went home to heaven, these words of comfort came from his 8-year-old nephew Tyler Dunnington, “David is now in Good Hands”. What greater comfort could there be!  David spent Christmas this year with the King Himself, to quote a close friend. David will be missed by all who knew and loved him.

A graveside service with military honors will be held at 9:00 a.m. Monday, January 4, 2020, at the Fort Sill National Cemetery in Elgin.

A “Celebration of Life” service will be held at 1:00 p.m. Saturday, January 9, 2021, in the Cornerstone Building (South Side, West End) of OKC Faith Church located at 800 South Portland Avenue, Oklahoma City 73108.  Services will Be conducted by Terry Bates, Lead Pastor at OKC Faith Church assisted by Reverend Jachin Dardar of Houma, Louisiana.   Arrangements are under the direction of Lehman Funeral Home of Wellston.

To send flowers to the family or plant a tree in memory of David Lee Bittner, please visit our floral store.