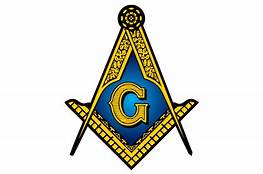 Ronald Kenneth Wonn was born in Wichita Falls, Texas on June 16, 1934 to Roy Earnest Wonn and Luella Rebecca (Stoner) Wonn.  He passed away peacefully at his home in Chandler on November 17, 2019 at the age of 85.

Ron lived in Oklahoma City and Chandler for most of his life.  He attended both the Bible Missionary Church and the Southern Baptist Church of Chandler.  Ron faithfully served in the United States Marine Corps and was a proud veteran of the Korean War.  He remained active throughout his life with local and national organizations.  Ron took tremendous pride in receiving 50 year membership honors in both the Masonic Lodge and as a Shriner in the Oklahoma India Temple – Legion of Honor.  He quietly enjoyed his role with many children throughout the county that he was able to sponsor for free medical assistance through both the Shriners Children’s Hospital and the Shriners Burn Center.  He was an active member of the American Legion.  Aside from his time in the Marine Corps, he worked briefly for Southwestern Bell, and the rest of his career was spent as a Manufactures’ Representative in the Beauty Supply Industry across the south central United States.  Ron was also a salon owner, and last worked in retail sales for Advance Graphics, of Chandler, Oklahoma.  He was married to Bonita Sue (Schofield) Wonn on July 7, 1958, in Gainesville, TX.

Ron is preceded in death by his parents; and wife Bonita.  Survivors include his sister, Anita Leighton of Las Vegas, NV; daughter, Robyn and her husband Joe Ready of Chandler; sons, Robert Wonn and wife Cindy of Chandler, and Rustin Wonn and wife Crystal of Oklahoma City; 9 grandchildren; 10 great-grandchildren with one on the way, and many other family and friends.  Throughout his life, Ron enjoyed spending time with his children and grandchildren, was a true and trusted friend to many, and inevitably left his mark on all of those people that came to know him.

Visitation will be held on Wednesday, November 20, 2019 from 10:00 a.m. to 7:00 p.m. with the family present from 5:00 to 7:00 pm to greet friends at the funeral home. A funeral service will be held at 10:00 a.m. Thursday, November 21, 2019 at the Southern Baptist Church in Chandler with interment, military honors, and Masonic Ceremony following at the Oak Park Cemetery.  Funeral arrangements are under the direction of Lehman Funeral Home of Wellston.

To send flowers to the family or plant a tree in memory of Ronald Kenneth Wonn, please visit our floral store.